I’ve been trying to tease apart Leftism and Liberalism, and I think I’ve found a formulation that is a pretty good predictor of Leftist positions: the Leftist drive is to destroy all hierarchy, which is the natural shape of human organization. Leftism is rebellion against Gnon.

This is in contrast to the Rightist or Reactionary position as illustrated in Nick B. Steves’ Reactionary Consensus, item 1:

Reactionaries affirm that hierarchy is not only natural, but almost purely beneficial to group success. Hierarchy is not merely not evil, but an enabling trait of civilization. Since hierarchy is adaptively advantageous, it is easy to see why reactionaries believe it to be part of the law of nature or nature’s god or both. Public policies that ignore hierarchy as fundamental to human nature, or worse attempt to subvert it by artificial means of social leveling are foolish at best and likely to be catastrophic for human flourishing.

Liberals are those who advocate for Liberty. Capitalism is primarily a liberal system, because a fundamental aspect of it is the ‘spontaneous order’ of the market: for spontaneous order (self-order) to occur, then that presupposes that external order is not being forced upon it. Freedom of speech is a liberal value, as are freedom of association and gun ownership. Because America has always been a liberal project, Leftists have used the tactic of exploiting Liberal values that advance Leftist ideology.

Leftists want to attack, dismantle and destroy established orders; to ‘free’ the masses from hierarchical order imposed on them from the upper classes; to flatten hierarchies. To them, order and hierarchy is oppression, and it is… when viewed from the perspective of the Left. Civilization is the systematic suppression of animal drives, barring behaviors which have negative effects on group fitness. Capitalism is the suppression of involuntary transfers of property (parasitism/theft). Even in a liberal order, such as a Capitalist society, hierarchy does emerge because humans are fundamentally un-equal and will self-sort into hierarchies. In a liberal order, given a choice, most people will fall into that order willingly, understanding that the hierarchies that are formed are to their benefit. Leftists want to destroy these orders and impose anti-Liberal (totalitarian) economic and social policies.

To be fair, neither the Left or the Right holds ‘civil liberties’ in very high regard, though the Rightist drive to succeed and prosper makes the Right tend align with Liberal ideologies such as Capitalism, which appears to function better with open communications or free speech and meritocracy. Although a productive Capitalist implementation does not require a completely Liberal order. Capitalism succeeded demonstrably under Kings, see ‘The British Empire’. The Left doesn’t care about real world outcomes and will destroy the goose that lays the golden egg happily as a sacrifice to Moloch.

I see the Left as rebellion against Gnon, and the Right as submission to Gnon. This is the basic Left/Right spectrum on the X-axis. Then Liberty/Authority is mapped as a spectrum onto the Y-axis. It can be very difficult to discern if a particular position held within the Left-Liberal quadrant of the map is driven there by a Leftist or Liberal vector. I think it is important to do so, because Liberal drives, which allow enough freedom for spontaneous orders to emerge are important in creating flexible, adaptable and dominant social orders. Gnon demands fruitfulness. But Leftist drives, which lead to death and infertility, must at a minimum be ostracized.

One can think of the Leftist project as the destruction of hierarchy (forcible implementation of a flat order) and the Liberal project as the formation of self-ordering hierarchies. It can be difficult to tease apart a Leftist from a Liberal position, because Leftists cheat and pretend to be Liberals when it suits them. Here are a couple of key quotes lifted from the brilliant RadishMag’s Free Speech issue which display that Leftists are not Liberals, that they do not hold Liberal values such as free speech in any high regard, but merely pretend to do so in order to gain power:

“Roger Nash Baldwin, director and co-founder of the ACLU (1934):

“I believe in non-violent methods of struggle as most effective in the long run for building up successful working class power. Where they cannot be followed or where they are not even permitted by the ruling class, obviously only violent tactics remain. I champion civil liberty as the best of the non-violent means of building the power on which workers’ rule must be based. If I aid the reactionaries to get free speech now and then, if I go outside the class struggle to fight against censorship, it is only because those liberties help to create a more hospitable atmosphere for working class liberties. The class struggle is the central conflict of the world; all others are incidental.

When that power of the working class is once achieved, as it has been only in the Soviet Union, I am for maintaining it by any means whatever. Dictatorship is the obvious means in a world of enemies, at home and abroad. I dislike it in principle as dangerous to its own objects. But the Soviet Union has already created liberties far greater than exist elsewhere in the world. […] While I have some reservations about party policy in relation to internal democracy, and some criticisms of the unnecessary persecution of political opponents, the fundamentals of liberty are firmly fixed in the USSR. And they are fixed on the only ground on which liberty really matters — economic. No class to exploit the workers and peasants; wide sharing of control in the economic organizations; and the wealth produced is common property.”

Another quote about the suppression of free speech from Herbert Marcuse of the Frankfurt School, in 1965:

“The whole post-fascist period is one of clear and present danger. Consequently, true pacification requires the withdrawal of tolerance before the deed, at the stage of communication in word, print, and picture. Such extreme suspension of the right of free speech and free assembly is indeed justified only if the whole of society is in extreme danger. I maintain that our society is in such an emergency situation, and that it has become the normal state of affairs. Different opinions and ‘philosophies’ can no longer compete peacefully for adherence and persuasion on rational grounds: the ‘marketplace of ideas’ is organized and delimited by those who determine the national and the individual interest. In this society, for which the ideologists have proclaimed the ‘end of ideology,’ the false consciousness has become the general consciousness — from the government down to its last objects. The small and powerless minorities which struggle against the false consciousness and its beneficiaries must be helped: their continued existence is more important than the preservation of abused rights and liberties which grant constitutional powers to those who oppress these minorities. It should be evident by now that the exercise of civil rights by those who don’t have them presupposes the withdrawal of civil rights from those who prevent their exercise, and that liberation of the Damned of the Earth presupposes suppression not only of their old but also of their new masters.”

For example, we now regularly see Leftists calling to limit free speech on the internet. That is an anti-Liberal position. Currently, the Left is in charge in America and in the Democratic party, and the goal is to limit ‘hate speech’ (any speech which offends Leftist sensibilities) so that is a Leftist drive; to further the Leftist ideology at the expense of Liberty. A Liberal will argue for free speech against Leftist impositions.

Here is another Left vs Liberal example using the case of persons who are ‘transgender’.

The Liberal view is that the trannie should be allowed to be openly trans and to talk about being trans and to form alliances with other pro-trans people. This is allowing the basic Liberties or free speech and association to trannies. A Liberal will allow pro-trans and anti-trans schools of thought to both exist. A Liberal will trust that in the ‘open marketplace of ideas’ that the best ideas will win.

A Leftist will claim that the very order imposed by nature, the ‘gender binary’ is an oppression and will demand that gender be removed from all public places and that children should be taught that they can choose their gender and forced to watch pro-transgender propaganda in school. They will fight anyone who takes the anti-trans position, the position that accepts the natural (or God-given) order of ‘gender binary’.

The Liberal and Leftists positions can look very similar, but you can tell the Leftist position because it is the totalitarian one: only the pro-trans position is allowable, which is why currently all other positions are ‘hate’ or ‘hate speech’. When not openly totalitarian, it will be the position in opposition to a natural (gender) or spontaneous (meritocracy) order.

An interesting conundrum is the prevalence of Leftist support for Islam and Muslims, when Islam is obviously an anti-Liberal and anti-Leftist religion. I think that the Baldwin quote above is instructive, especially the line “The class struggle is the central conflict of the world; all others are incidental.” The dominant order of the world is Western civilization, which is White and Christian in origin. Muslims are demonstrably a lower class: an empirical evaluation of their civilization in comparison to Western civilization yields this result. Leftists make this same evaluation, though they would deny it until their dying breath, and come to the conclusion that Muslims are allies in the class struggle to overthrow the dominant White and Christian order. This is also the reason for the alliance between Africans and the Left.

It is similarly interesting to look at the attacks on prominent Atheists Bill Mahr, Sam Harris and Richard Dawkins, all of whom are devout Liberals, and who have taken reasonable and rational positions against the Islam due to its anti-Liberal nature and in logical parallel to their attacks on Christianity. The Left is hounding all three. You see, attacks on Christianity are not bigoted or racist because the dominant order is Christian. The Left loves when these Atheists attack Christians, but the moment Atheists begin to attack comrades in the class struggle (Muslims), then the Left returns fire. Obviously, none of the three Atheists really understands this, because they don’t grok the difference between Leftism and Liberalism. Their bewilderment is amusing as they sit dumbfounded trying to figure out why they are under attack for being rational and consistent.

4 thoughts on “Leftism vs Liberalism” 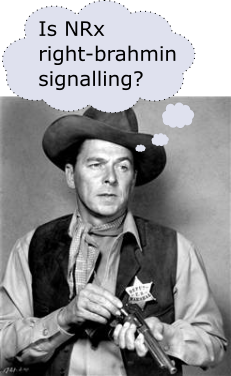